A story by John Kirk inspired by Rapunzel and re-imagined as a lock-down experience for a 5 yr old:

Not so very long ago, although it seemed like forever, a little girl lay on the living room floor drawing a picture. It was her Nana’s birthday next week and the little girl was making her a very special present. It was a picture of a tall tower and sitting in the window was her favourite character, Rapunzel, combing her long hair. School had closed and because her mum and dad didn’t have to go to work anymore there was plenty of time to play games and watch films in their flat at the top of the tall tower block. 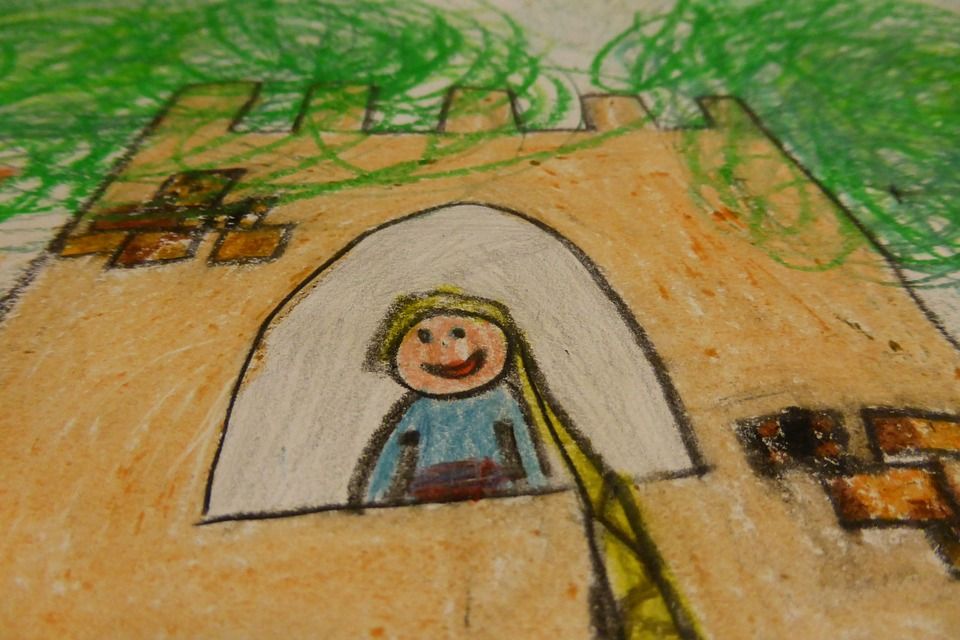 But it soon became clear to the little girl that really her parents just wanted to watch the news as if they were waiting for something, The little girl wasn’t sure what they were talking about and when she’d asked her mum about the news she’d just smiled and stroked her hair. So she went into her bedroom to play with her toys and read her favourite story about Rapunzel and how she was locked in a tall tower by a wicked witch and waited for a prince to save her. One day the little girl was reading her story by the window when she looked out onto the estate. From the window she could see the playground. Her dad said that she wasn’t allowed in the playground anymore. She wasn’t allowed to see her friends or visit her Nana. Suddenly she saw something. It was another little girl and she was running toward the playground. As she watched, the little girl slipped through the railings past the slide and the trampolines and sat down on one of the swings. The two children’s eyes met. They froze for a moment then the girl on the swing smiled. It was the sweetest warmest smile that you can imagine. The little girl in the flat smiled back. 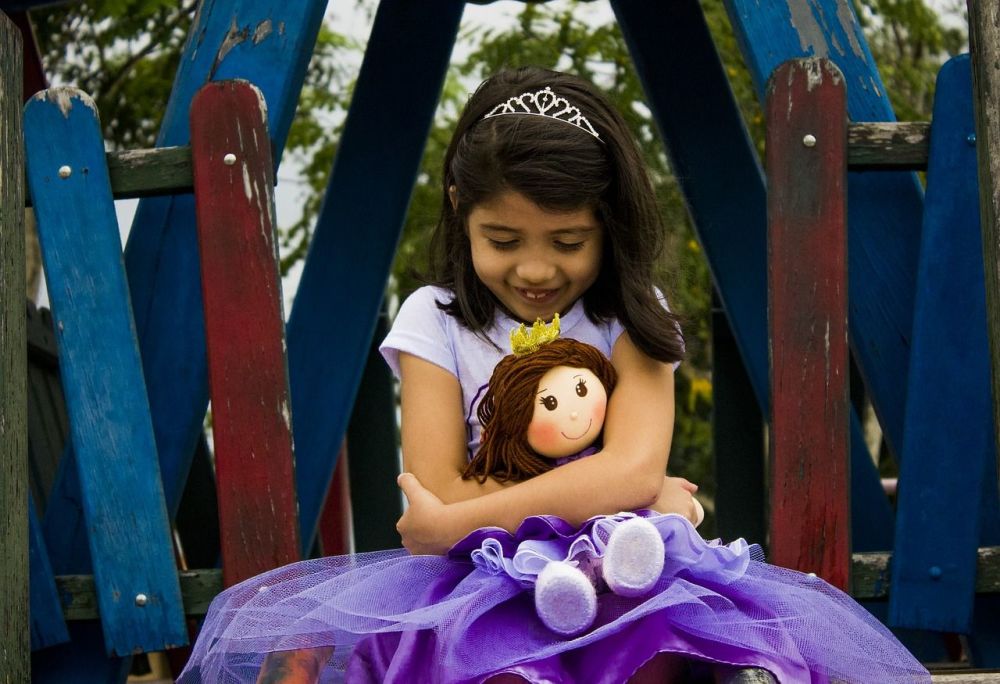 One morning her father came to her, would she like to come to the shop and buy a pint of milk? Of course she would, she’d love to come to the shop, she hadn’t been out of the flat in days. As soon as the door to the flat opened the little girl ran down the stairs almost tripping over her own feet with excitement. As the flat block door opened she charged through it across toward the playground; the slide, the trampolines, the swing were all empty, there was no sign of her friend anywhere. When her father caught up with her he put an arm around her and together they walked to the shop. They bought their milk and a packet of sweets but even her favourite sweets could not cheer the little girl up. She had not seen the girl in the playground, the girl whose smile was so warm and sweet.

But then, just as her father was opening the door to the block of flats she saw her sitting on the swing, staring up at her bedroom window looking for her. Without saying a word she ran toward the playground but already the little girl was up and slipping back through the railings. Breathless and panting the girl called again “Wait! Please wait, I want to speak to you!” This time there was no glass. The little girl heard her and she stopped. “What’s your name, please tell me what’s your name?” ”Hope; my name is Hope”, “Thank you”. The two children exchanged a sweet warm smile then turned and ran back to their flats.