I was born in Higher Bevendean in 1936 and I’ve lived here most of my life. If we had had a lockdown in the 50s or 60s we would have had everything local, like a village. It would have been much easier for older folk like us, especially those who can’t walk far. You would have been able to pop out to the butcher’s, the baker’s, post your parcels at the post office and buy your groceries there or at the greengrocers. There was a chemist if you did fall ill, a newsagents with sweets for the kiddies and even a shoe repair place. All this on Widdicombe way, a real hub; but only the hairdressers is there now.

My sister Sylvia moved in with me during lockdown. She can get confused and it would have been hard for her to cope alone. My daughters help us out and I know it’s the right thing to do, but it’s a lot; overnight I became a carer, and along with having to ‘shield’ I sometimes felt like a prisoner in my own home.Once we could meet with family though my daughter took me out a few times. It was nice to get a break, to get out. 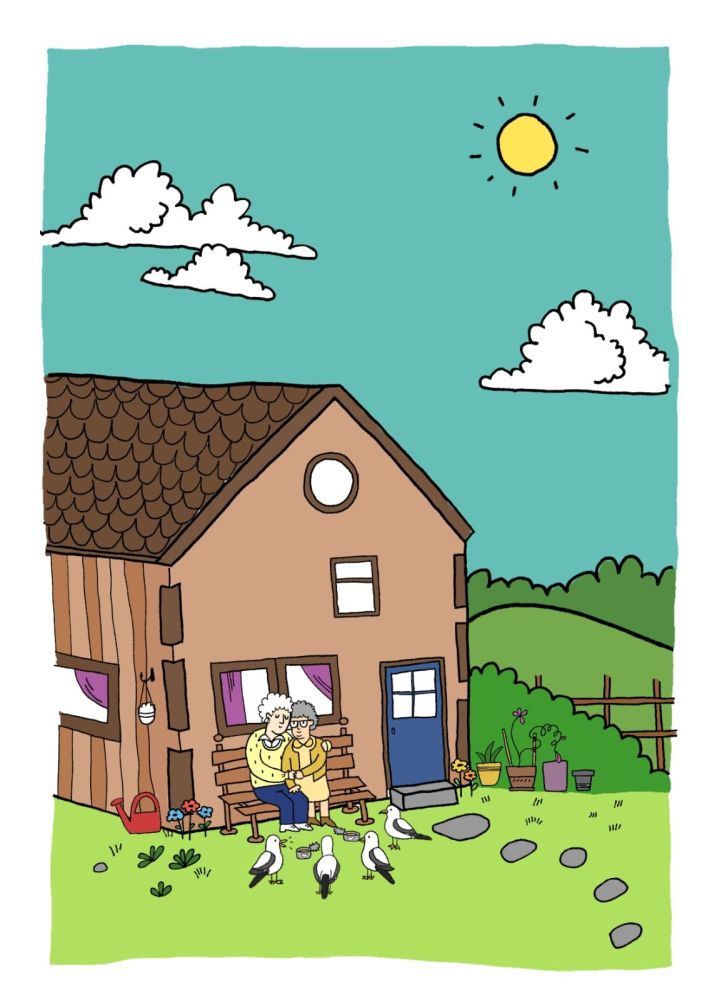 Before lockdown Sylvia and I would walk in the field behind us. They’ve had bulls in there the whole time so we’ve just gone up and down our street.

One day in July Sylvia was keen to take her jumper and coat, she was worried she’d get cold. When we were out I couldn’t get her to take them off however much I encouraged. She got so hot she nearly collapsed on me, it was too much for us both. I’ve put them away now as the weather has been so lovely and neither of us will want that to happen again.

We’ve watched quite a lot of films on channel 81 – they show the old black and whites and we know all the old stars, Sylvia can recognise them you see.

I try to find films that are pretty or about animals because she likes those. The other night we saw a big concert on the television and they were singing songs from all the old musicals. Just brilliant it was.

Do you know the seagulls were really hungry over lockdown. I wonder who else was thinking of them? With all the cafes and chip shops closed on the seafront they were really short on food, poor things, with little ones to feed. We were getting ‘meals on wheels’ from The Bevy pub and Mother Theresas and I started saving our leftovers and putting them out for the seagulls. I spread out several plates so they could all get some. Sometimes they did squabble though and then a couple of magpies would nip in quick for a bite to eat themselves. The seagulls loved the peas and beans and anything greasy…not the carrots though! My cat doesn’t finish his breakfast and I always put it out for him to finish later. But the seagulls got to know and they would line up on the wall every day, waiting for me to bring it out! It kept us entertained though!